Notable contributors to the history of nude photography follow. Each of these has influenced my style in one way or another. 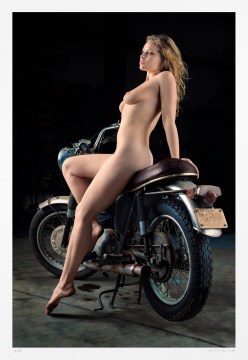 Sally Mann has been a strong influence on my art. I admire Mann’s style which includes mostly candid, seemingly unposed subjects. Her independence of thought and willingness to push boundaries is something I strive for in my artwork. This American photographer is best known for large-format black-and-white photographs, many of which were nudes.

Anne Brigman was a forerunner of many nude photographers. In the early twentieth century she produced nude self portrait photographs. Brigman may have been the first American photographer to do so. Her work has been compared to romantic paintings such as the work of Eugène Delacroix. 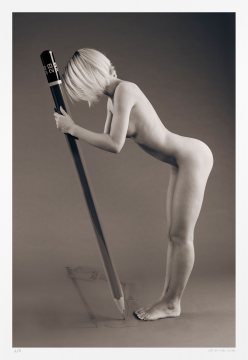 Ellen von Unwerth is as well known for her fashion images as her controversial nudes.

Judy Dater is worth a mention for a single image that sticks in my mind. “Imogen and Twinka at Yosemite” is a black and white photograph that depicts a nude young woman, posing coyly while an elderly photographer looks on. The two pose in front of an enormous (redwood?) tree trunk. It is not clear the relation between the two in this whimsically contrived narrative; if they are surprised to discover one another or if the older woman is merely instructing the younger how to pose. This image stays with me as an example of how a story does more than document a subject.

Horst P. Horst was not a huge influence on me. However, I was aware of his work for three of my four years in art school. Having studied his work, even if it did not directly influence me, did steer my ideas towards other styles.

Man Ray‘s dada and surrealism era art nude photography was something I was aware of prior to art school. Ray’s experiments in photo manipulation pushed photography beyond a documentary medium. 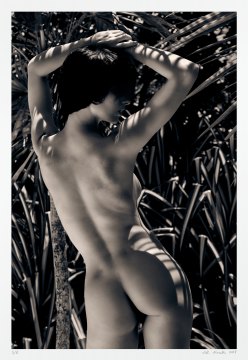 Eugene Von Bruenchenhein was a painter and a photographer. Some of his images remind me of those made by Helmut Newton and I have wondered if Newton was an influence on him.

Bunny Yeager is famous as a nude photographer for working with pinup icon and muse Bettie Page.

Russell James is one example of a body of work featured supermodel nudes. He was the feature of the “Angels” exhibition at Stephan Weiss Studio in New York. Richard Avedon, Irving Penn, Peter Beard, and Herb Ritts are other famous nude photographers who have worked with celebrities like Naomi Campbell, Cindy Crawford, and Kate Moss. These carefully styled nude photographs, often seem to apologize for nudity as much as they celebrate it. The subject are professional models who often turn sideways to the camera or modestly cover up with their limbs. The fashion nude style, rooted in magazine photography, is diametrically opposed to the candid style I admire of Sally Mann, which I mentioned earlier. Nonetheless, I respect the technical proficiency and aesthetics that goes into the images. 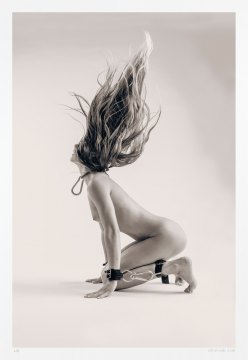 I learned about David LaChapelle by following Andy Warhol. LaChapelle’s aesthetic is different from mine, though I still learned by studying his nude photography early in my career. His colorful images are captivating. Although I prefer to work in black in white whenever possible, I’m reminded of the importance of strong composition required working without color. 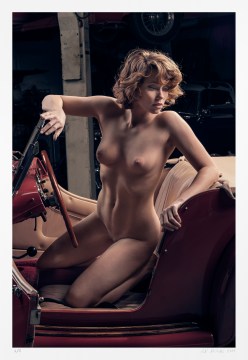 Annie Leibovitz gained my attention through her ability to shift (and abandon) her style to gain immediate media attention. For Leibovitz nudity seems to be a tool to make headlines. Although she is a well-known to the general public, I took this chameleon-like behavior as cautionary tale to establish a style that is meaningful to me rather than strive for a large following.