A. K. blends sensual imagery with a painterly style to bring alternate realities tantalizingly close to the viewer.

A. K. Nicholas is a U.S. artist who works exclusively with the female nude. His photography is an unapologetic celebration of feminine beauty, offering an escape from reality. The camera is merely a starting point in this visual journey; the destination is determined by improvisation and interpretation. Elements of sensuality mix with classic art, theatricality, and performance to form an unorthodox aesthetic that is neither overpowered by eroticism nor bound by modesty.

As a second-generation artist, an American raised in the Middle East, A. K. encountered censorship of female bodies early on. His third-culture upbringing included visiting galleries and museums in dozens of countries. He builds on his experiences of contrasting cultures to create an alluring alternate reality in his photography.

Formally trained in painting, sculpture, and theater design, A. K.’s alternate realities are independent of their photographic medium. He believes the most intriguing images leave the viewer unsure of or unconcerned with the process of production.

His photographs are the opposite of documentary: illusion is intentional. These fictional narratives are not intended as a technical tour de force, but rather to tell a story of the characters. Instead of providing answers, they create drama and ambiguity. Hidden details add mystery and invite the viewer to explore and contemplate both the composition and the subject matter.

A. K.’s visual language is built on diverse artistic traditions that revere the nude, from classical and modernist art to contemporary pin-up styles. A. K. explores the perceptions of feminine beauty and challenges social convention. More than a collection of bodily forms or a catalog of beauty, desire is portrayed as an aspect of society, biology, and personality. Integral too are artistic fundamentals of pattern, geometry, and texture. His fundamental intent in blending aesthetics with sensual subject matter is to create an emotional effect on the viewer.

By design, these artworks appeal to collectors who engage emotionally and intellectually, seeking inspiration rather than being told what to think. A. K. overcame reluctance about judgment and underwent an artistic evolution that led to a niche following of collectors dispersed all over the globe. His artistic philosophy rejects formulaic rules, predictability, and mass appeal. To explore a genre, he believes an artist must contribute new ideas and meaning. 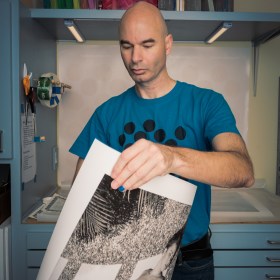 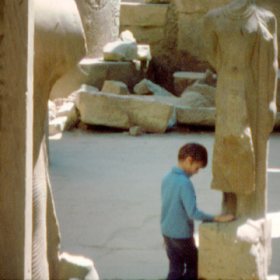 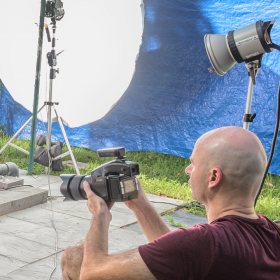 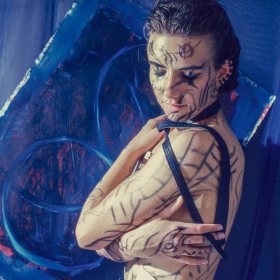